THE AGE OF INNOCENCE by Edith Wharton 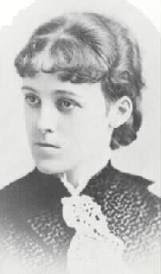 This is a gripping story about a man doing nothing.

Newland Archer is engaged to be married to a beautiful and innocent young lady, the flower of nineteenth century New York society. Then her cousin Ellen arrives, a slightly older lady with the whiff of scandal hanging on her. Archer begins to fall in love with Ellen, and so pushes forward with speeding up the wedding, so as to be safe. Once married, he realises that he is not at all safe, and is only falling further in love with his wife's cousin.

I won't tell you more, so as not to ruin if for you, but I will tell you that basically nothing happens. And so good a writer is Wharton that it is as compelling as watching a car crash. It's also an awful meditation on what it means to accept what is given to you. Here's Archer considering his marriage, his career, and his life in New York:

“The taste of the usual was like cinders in his mouth, and there were moments when he felt as if he were being buried alive under his future.”

It's a similar theme to the equally scarring ETHAN FROMME. I met someone at dinner last night who told me that everytime things are going well with a girl, he starts to worry there's going to be a sledding accident. This is the effect this book can have when read at a tender age, and AGE OF INNOCENCE is the same. I can only wonder what awful personal choices Wharton is working through in these books.

Don't however get the impression from this the book is not funny; it's often extremely witty. Here is an obese old lady:

“The immense accretion of flesh which had descended on her in middle life like a flood of lava on a doomed city had changed her from a plump active little woman with a neatly-turned foot and ankle into something as vast and august as a natural phenomenon. She had accepted this submergence as philosohpically as all her other trials, and now, in extreme old age, was rewarded by presenting to her mirror an almost unwrinkled expanse of firm pink and white flesh, in the centre of which the traces of a small face survived as if awaiting excavation.”

The book is also interesting on the subject of gender, raising a question I have often wondered about: why did the men of the nineteenth century want innocent virgins so much? Wouldn't it be boring? Wouldn't you rather have someone who'd been around the block? I guess there is an evolutionary piece of this puzzle, but it is interesting to see Archer worry about it.

"It would presently be his task to take the bandage from this young woman's eyes, and bid her look forth on the world. But how many generations of the women who had gone to her making had descended bandaged to the family vault? He shivered a little, remembering some of the new ideas in his scientific books, and the much-cited instance of the Kentucky cave-fish, which had ceased to develop eyes because they had no use for them. What if, when he had bidden May Welland to open hers, they could only look out blankly at blankness?"

Edith Wharton clearly fought the hard fight for women of her period, and it's depressing to reflect that that battle still has to be fought. Google Jonathan Franzen's barf making reflection on Wharton's career, in which - believe it if you can - he goes on about . . .HER APPEARANCE. Here's LA Review of Books reflection:

And later,(Franzen says) “Edith Wharton might well be more congenial to us now, if alongside her other advantages, she’d looked like Grace Kelly or Jacqueline Kennedy.”
Do we even have to say that physical beauty is beside the point when discussing the work of a major author? Was Tolstoy pretty? Is Franzen? Wharton’s appearance has no relevance to her work. Franzen perpetuates the typically patriarchal standard of ranking a woman’s beauty before discussing her merits, whether she is an intellectual, artist, politician, activist, or musician.

I mean, Franzen. Franzen. Be serious. I didn't even know what Edith Wharton looks like. How you be grading weird old nineteenth century pictures of dead women?

THE STORY OF AN AFRICAN FARM by Olive Schreiner 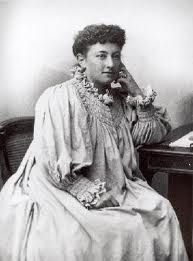 Olive Schreiner was a most interesting woman. Born to a poor and conservative family in 1855, she became a freethinker, a feminist, a vegetarian, and astonishingly, South Africa's first important novelist. Her claim to fame rests on this book, THE STORY OF AN AFRICAN FARM.

It'a superlatively odd novel. It begins with the story of three children living on a farm in the Karoo, then takes an abrupt left turn into an extended meditation on the existence of god - related bizarrely in the first person plural - and then staggers back to follow up on these children as adults.

The first section is for me the best, with many finely drawn characters, and a lovely depiction of the Karoo in the nineteenth century. Here is the fat and selfish woman who looks after the three kids:

"I know how it was when my first husband died. They could do nothing with me," the Boer-woman said, "till I had eaten a sheep's trotter, and honey, and a little roaster cake. I know.

And here's the farm yard chicken:

Even the old hen seemed well satisfied. She scratched among the stones and called to her chickens when she found a treasure, and all the while tucked to herself with intense inward satisfaction.

The existential crisis that is coming casts a shadow over this part of the book, with this a recurring image:

The beetle was hard at work trying to roll home a great ball of dung it had been collecting all the morning: but Doss (the dog) broke the ball, and ate the beetle's hind legs, and then bit off its head. And it was all play, and no one could tell what it had lived and worked for. A striving, and a striving, and an ending in nothing.

The existential agonising in the first person plural takes up a good third of the middle of the book, and damn, is it boring. I feel bad to say so, because it is also obviously painfully sincere. The child of missionaries, Schreiner clearly had to walk a very long and hard path before she could give up on god, and you do feel sorry for her, though you do wish she wouldn't go on about it. It's interesting to read it after MEMOIRS OF A DUTIFUL DAUGHTER, another book about this period. Now we accept that life may well be meaningless, almost as a matter of course, but there was clearly a period during which this idea was first being born, when it was for many people a horrifying and frightening concept. Which I guess it is, if you think about it for too long. But as Schreiner observes, near the end, when one of her characters is in mourning for another, and is sitting in the sun:

There will always be something worth living for while there are shimmery afternoons.

It's as good a reason to live as any. 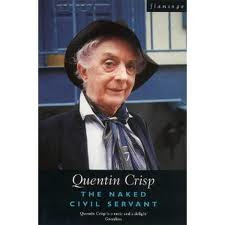 Perhaps five years ago I saw a one man show at the Edinburgh Festival, which was a tour de force performance by Bette Bourne as Quentin Crisp, with Crisp as an old man in his filthy London flat. I recall very vividly the fact that he hadn’t done any housework for ten years, and that his opinion was that after the first few years the dirt doesn’t get any worse – you just have to hold your nerve. Inspirational.

Crisp was an original thinker in all sorts of areas. He very early on accepted that he was gay, and rather than attempt to hide it as so many did in this period (the 1930s), he chose to flaunt it. It was astonishingly brave. I have to say, after a while, I began to find it foolish. He insisted on wearing makeup, hair dye and nail polish, and thus was beaten up on the streets frequently. It’s an odd mix of courage in who you are and flagrant exhibitionism. It also makes it clear how far the gay rights movement has come, that no one really seems to feel any more that you have to be a ‘girl’ or ‘girly’ in order to like boys.

Crisp is a person who has struggled much, and thus his book is full of a curious and rather sad kind of wisdom. As for example, when he is talking about a friend of his who worked day and night at his screenwriting. Eventually, this person had a huge and impressive career in television, and Crisp observes that such success requires not just energy but optimism. The first, Crisp says, he has; the second he does not. This is I think an interesting analysis of why it is that some people work hard, and some do not: it’s not so much laziness, as pessimism. Or realism, I suppose.