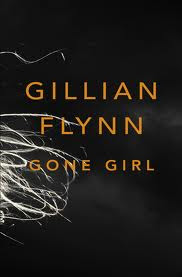 It's a heroic moment for this blog! Somehow, it appears that without planning to, I have just read eight books in a row by women! This has never happened before. Nothing even close - last year hardly a third of the year's books were by women. I've felt guilty about it, but not guilty enough to make a change. I guess it's because in the past I mostly read dead people, and most women currently dead were too busy with the misery of cooking and cleaning and having mountains of babies to have time to write while they were alive. But now that I'm reading living people, women with labour-saving devices and birth control are showing up in my library. Well done feminism.

GONE GIRL is a brilliant page turner. I went to bed at 9.30pm, thinking I'd do a little reading, and when I looked up again it was 1.30am. I never read thrillers - I probably haven't read once since I was completing my father's bookcases as a teenager - and I'm glad I gave this one a chance. The next night I went to bed at 8.30pm, because I knew what kind of book I was up against, and finished it before midnight. My eyes are fiery pits. Totally worth it.

In the best tradition of thrillers, and of real life, a woman disappears. The story is then told from two perspectives: her husband, after her disappearance, and the woman herself, Amy, through her diary before she disappears. The diary suggests that she is a fun, relaxed woman, who was growing increasingly afraid of her husband. SPOILER ALERT Then the husband's story continues in the same time frame, but we are suddenly introduced to Amy in the present - because she isn't dead, but she is framing her husband! Okay, when you write it down it doesnt sound that interesting, and yet somehow it is.

This is partly due to the fact that you genuinely like Diary Amy, and then real Amy explains how carefully she conducted a persona she has total contempt for; the 'cool girl' that is what women think men want. She says:

I used to see men - friends, coworkers, strangers - giddy over these awful pretender women and I'd want to sit these men down and calmly say: You are not dating a woman, you are dating a woman who has watched too many movies written by socially awkward men who'd like to believe that this kind of woman exists and might kiss them. . . And the Cool Girls are even more pathetic: They're not even pretending to be the woman they want to be, they're pretending to be the woman a man wants them to be."

So it's a sort of generally feminist idea that you can agree with, but it's twisted in awful ways against you.

It's also rather well observed. Try: "Sleep is like a cat: it only comes to you if you ignore it." Or "People say children from broken homes have it hard, but the children of charmed marriages have their own particular challenges." Here are two points I'v always agreed with.

And here's a fine description: "The waitress, a plain brunette disguised as a pretty brunette;" and another: "She'd French-braided her limp hair and clipped it to the back of her head in a rather poignant updo, and she wore lipstick." Poignant updo! For some reason that kills me.

Having said how much I loved it, I have to confess that I didn't quite buy the ending. And I notice that in the best tradition of pulp, I am already forgetting it; it's passing through me like meat that is off. And on that disgusting note, I'll go to bed with my new novel. Also by a woman! 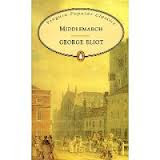 Having just read Jane Austen's PERSUASION, I moved on to another old friend, George Eliot's MIDDLEMARCH. Apparently I am having some kind of literary high school reunion. While PERSUASION gets better as it and I age, I am really sad that the same can't be said for MIDDLEMARCH. It's one of these disturbing cases where either I am changing or the novel is; and I suppose grim old reality demands that it is the former.

Now, my recollection of this book is of a heartbreaking romance between an idealistic young woman and a handsome young artist, who are divided for much of the novel by their high standards and fine ideas. This is certainly one plot line, but it's the stupidest. I guess somewhere since high school I decided that suffering for your ideals is kind of dumb. The far, far, far better plot line is around a second couple who also live in the village of Middlemarch: the doctor Lydate, and the lovely young lady Rosamund.

When Lydgate arrives in Middlemarch, he is determined to become a great medical researcher, and is clear he does not have the money to marry. Then he falls in love with the beautiful, silent Rosamund, and somehow falls into marriage. He promptly runs out of money and begins a slow and awful decline away from the great man he meant to be towards a comfortable provincial GP. As Eliot explains:

We are on a perilous margin when we begin to look passively at our future selves, and se our own figures led with dull consent into insipid misdoing and shabby achievement.

And so is this:

For in the multitude of middle aged men who go about their vocations in a daily course determined for them much in the same way as the tie of their cravats, there is always a good number who once meant to shape their own deeds and alter the world a little. The story of their coming to be shapen after the average and fit to be packed by the gross, is hardly ever told even in their consciousness; for perhaps their ardour in generous unpaid toil cooled as imperceptibly as the ardour of other youthful loves, till one day their earlier self walked like a ghost in its old home and made the new furniture ghastly.

George Eliot was a woman, and like many female Victorian novelists, she was not fond of the 'sweet-innocent-virgin' model of femininity. Rosamund's beauty and modesty are nothing short of a trap, and Eliot is clearly much more fond of the young woman who is part of the third couple in the book, Mary. Mary is not sweet or innocent, nor very pretty, and she is a little sharp tongued:

At the age of two and twenty Mary had certainly not attained that perfect good sense and good principle which are usually recommended to the less fortunate girl, as if they were to be obtained in quantities ready mixed, with a flavour of resignation as required.

I found this hilarious. And here's an equally entertaining description on her young man, Frank:

He was a vigorous animal with a ready understanding, but no spark had yet kindled in him an intellectual passion; knowledge seemed to him a very superficial affair, easily mastered: judging from the conversation of his elders, he had apparently got already more than was necessary for mature life.

On thing I love about Victorian novelists is that they are never shy to lay it out for you. There's no 'I think,' or 'in some cultures,' in the nineteenth century, they like just to be BOOYAH: Here's the truth! Here's a great one:

Men and women make sad mistakes about their own symptoms, taking their vague uneasy longings, sometimes for genius, sometimes for religion, and oftener still for a mighty love.

Strange, that some of us, with quick alternate vision, see beyond our infatuations, and even while we rave on the heights, behold the wide plain where our persistent self pauses and awaits us.

That element of tragedy which lies in the very fact of frequency . . . If we had a keen vision and feeling of all ordinary human life, it would be like hearing the grass grow and the squirrel's heart beat, and we should die of that roar which lies on the other side of silence. As it is, the quickest of us walk about well wadded with stupidity. 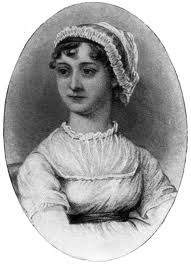 What can one possibly say about this book? It's as close to perfect as you can come without burning your fingers.

This is probably the fifth or sixth time I've read it, and it's still charming, and soothing, and somehow rather encouraging. It tells the story of one Anne Elliot, who in her youth was convinced that she should not marry the man she loved, because he was so very poor. As an older woman (like late 20s, but that was old in the early 1800s) she meets him again, and somehow they get back together.

Morons, usually men, think Austen writes romances. I think she writes books about how to live. It's nice that she gets her man, but what is really moving about this book is the courage and elegance with which she lives out her bad choices before he comes back. And this is where Austen is comforting, and even inspiring, for we may or may not get our man, but we will all most certainly make bad choices and have to live with them.

Commenting on this novel reminds me of my friend, a young playwright, who was sitting next to an elderly man at a play by Arthur Miller. During intermission he was flipping through the program, and seeing a rehearsal photo, realised the elderly man was ACTUALLY ARTHUR MILLER. So when my friend told me this story, I was like: OMG! Did you talk to him? What did you say? And my friend was like: I didn't say anything! What could I say? Nice work on DEATH OF A SALESMAN? I enjoyed THE CRUCIBLE? He's bloody ARTHUR MILLER. And my awkward friend, who spent the entire second act gazing out of the corner of his eye at ARTHUR MILLER, reminds me of me, trying to blog about bloody JANE AUSTEN.