A PLACE OF GREATER SAFETY by Hilary Mantel 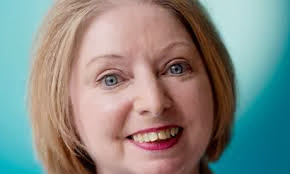 But seriously, you guys, Hilary Mantel blows my mind. I can't believe this is her first novel. I can't believe she wrote it IN HER TWENTIES. First of all, obviously, because it's such a good novel, but second of all, and mostly, because it's so impressively ambitious. It's a densely researched account of the main figures of the French Revolution from childhood through to the their deaths on the scaffold. She is 22 and living in Botswana, and she's like: I know, for my first book, I'll write a Trollope length novel that will required five years of research about a period that is extremely well known by the establishment. Frankly, this woman has BALLS. Presumably she also had an independent source of income. I feel inspired/depressed.

The book follows those titans of A-level history, Robespierre, Danton and Desmoullins from their provincial childhoods onwards. Interestingly, all these mean went to high school together. This makes a sort of intuitive sense to me, because what they did was truly bonkers, and its often been my view that there is nothing for bringing out the bonkers in you like your high school friends. It's hard I think to grasp now how profoundly the French Revolution really was a revolution. They went from a king, to no king; from God, to the 'Supreme Being,' of rationality, from a class system, to butchers and bakers in Versailles. They even declared the equality of women. It's interesting to see the mechanics of how this happened - the sheer physical courage that was required - but it's even more interesting to see the kind of intellectual courage that was needed, to rip history up and start again, relying pretty much entirely on a bunch of kids you knew in high school. Danton is the tough leader, Desmoullins the PR guy, and Robespierre the pure heart of Revolutionary righteousness.

The French Revolution is a classic tale of how those who live by the guillotine also die by it, and the collapse of the Revolution, and of the friendships at its core, is perhaps the most gripping part of this book. As the Revolution wore on, and ordinary peoples' lives (as is traditional with revolutions) did not improve, the Revolution began to devour itself. Revolutionaries accused other revolutionaries of not being sufficiently revolutionary, and with a guillotine just outside the front door, and in constant use, it was all too easy to send them for the chop. A fevered atmosphere, like that of seventeenth century witch trails developed. Robespierre eventually sends Danton and Desmoullins to their deaths; he follows them shortly after. It's sad and satisfying.

On a woman who used to be terribly academic, married an older man, and is now having an affair: "She could only conclude that she had been serious-minded as a girl, and had grown steadily more inclined to frivolity as the years passed."

The same woman, on physical attractiveness: "She knew that for many women beauty was a matter of effort, a great exercise of patience and ingenuity. It required cunning and dedication, a curious honesty and absence of vanity. So, if not precisely a virtue, it might be called a merit"

On the weather: "an ominous December day, when iron-coloured clouds, pot-bellied with snow, grazed among the city's roofs and chimneys."

And, to conclude, some wise words from the boys' headmaster. Perhaps I should tape them to my laptop: " 'Try to learn this truth, Maximilien,' Father Herivaux said: 'most people are lazy, and will take you at your own valuation. Make sure the valuation you put on yourself is high.'"

THE DEATH OF THE ADVERSARY by Hans Keilson 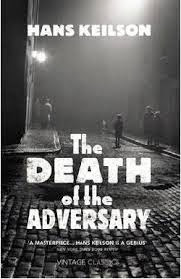 THE DEATH OF THE ADVERSARY is frequently described as a 'lost classic' of twentieth century fiction. Forgotten by the world, it was re-discovered when a well known translator was digging around in a bargain bin in an Austrian bookstore, and came across it, thinking it was something else. Now, in my experience, anything that needs to be 'rediscovered' always sets off alarm bells. Why is it lost? Who lost it? Somehow no ones ever been able to lose HAMLET.

THE DEATH OF THE ADVERSARY is a lightly autobiographical tale about the rise of Hitler. It tells the story of young Jewish man whose life is increasingly circumscribed by the growth of Nazism. Deeply annoyingly, the author never actually mentions Hitler by name, but instead refers to him as the 'adversary' in an awkwardly 'poetic' manner throughout. During and immediately after reading this book, I sort of hated it. I didn't know how the New York Times could call it a 'masterpiece' and Hans Kielson a 'genius.' Weirdly though, as time has gone past, I find sections of the book remain absolutely clear in my memory. I find myself occasionally thinking of scenes, or characters, and wondering what book they're from, and then realising: oh yah, it's that Adversary thing I hated.

There's a scene in which the main character meets some strangers, and one of them tells a long story about how he was sent with a bunch of young Nazis to defile a Jewish cemetery. At the time, I was kind of annoyed by this chapter long digression from a character we'll never meet again. Now though, I find that the whole cemetery episode stays with me, for it's sad depiction of how hard it was for the young Nazis to actually bring themselves to poop on graves, and knock over childrens' tombstones. I also recall the main character's account of his parents' attempts to prepare for the coming of the Nazis, which involved packing backpacks with chocolate bars and hand cream, with no real idea why they might need them, as if they might soon be going camping.

Frankly I'm oddly conflicted. I hated it at the time, but I like it in retrospect. Sort of the reverse of a bad breakup.