THE AMAZING ADVENTURES OF KAVALIER AND CLAY by Michael Chabon 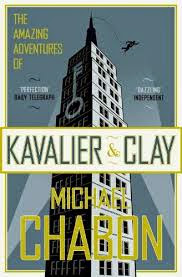 Recently I have come to feel concerned that probably over the course of my lifetime I'm only going to be able to read about 3000 books, which is a tiny 0.00002% of all the 130 million books ever published. I feel I need to be more selective. Thus, my abandonment of THE AMAZING ADVENTURES OF KAVALIER AND CLAY by Michael Chabon. This despite it having many fine turns of phrase

"the fragrance of her body was a spicy, angry smell like that of fresh pencil shavings"

and comic comments, here about a salesman

"who had read widely in the literature of sales and was in fact eternally at work on a treatise-cum-autobiography he referred to sometimes as The Science of Opportunity and other times, more ruefully, as Sorrow in My Sample Case"

not to mention effective foreshadowing of the holocaust, here a Jewish child

Its in this mention of railroads that we see why I couldn't keep going with this book, despite its many merits. It's just so incessantly and delightedly male. If it's not railroads, its comic books, and if its not comic books, its detailed descriptions of fights, and if not that, its just general adolescent boy friendship. SNORE. Not that some girls dont like railroads, and comic books, and fighting, but I guess I'm just not one of those girls. Its 600 some pages I could spend somewhere else.

THE PURSUIT OF LOVE by Nancy Mitford 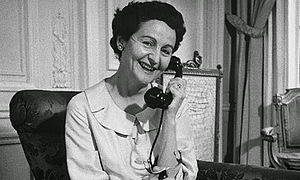 I love this book. It's just so easy and fun to read. It's one of a very few books in my life that I know will cheer me up no matter what, so it has been read variously when I can't sleep, when I've got too much to do, when I've got too little to do, and at sundry other miserable times. I did another swoop through it recently, over a couple of sleepless nights. Fabulous.

As a side point, note her Wikipedia entry, which in its opening paragraphs feels we need to know about her love life. Compare with any male author chosen at random from Wikipedia to see if ANY of them get this kind of treatment.