PRIDE AND PREJUDICE by Jane Austen 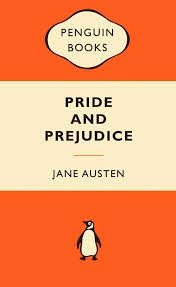 This is my third re-read in a row. I'm not sure I've ever done this much sequential re-reading. It's like I don't have the energy to meet anyone new. I can't handle the degree of choice required in choosing and then actually continuing to read a new novel. And what can you say about PRIDE AND PREJUDICE? It's a marvel. PERSUASION is my favourite of her books, but reading P & P again I was struck once more by her perfection. Dead at 41, and only 5 novels; but each a marvel. Truly, I think she is the perfect novelist.

THE BLESSING by Nancy Mitford 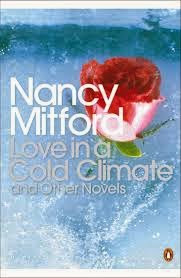 LOVE IN A COLD CLIMATE by Nancy Mitford THE NAKED AND THE DEAD by Norman Mailer 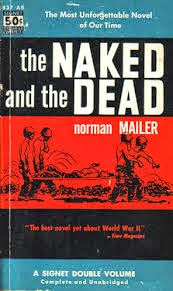 This book has a fantastic title. But that's about all I find to commend. It's a war novel, and when you set out to write a war novel you've got some very serious competition. I suspect ALL QUIET ON THE WESTERN FRONT has said everything that really needs to be said; the rest of military fiction is mostly footnotes. And this is a pretty minor footnote. It' written by a 24 year old who, once drafted, saw service mostly in the military kitchen, and it shows. The book is full of the glamour of war, and not much else. Even the traditional scene, common to all war stories, in which the young recruit is killed near the beginning, is glamorous. I've never read about brain splatter in so romantic a vein. Wikipedia tells me that this book spent 62 weeks at the top of the best seller lists in the 1948, but is 'rarely read today,' and I can see why. But what the hell. Lucky Norman Mailer. It's not every 24 year old who manages a best seller.