AN EXPERIMENT IN LOVE by Hilary Mantel 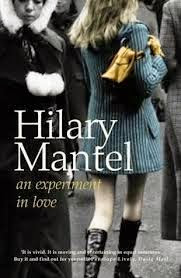 From one novel about a university scholarship to another, from one grim 60s childhood to the next. Even the introduction notes how similar this book is to JERUSALEM THE GOLDEN, so it’s bizarre I read them back to back by sheer chance.

Hilary Mantel is by far the most diverse writer I’ve ever come across. From her lengthy Booker Prize winning history novels of Henry VIII (WOLF HALL and its sequels) to A CHANGE OF CLIMATE, a short contemporary story of child abuse in Africa, to A PLACE OF GREATER SAFETY, a story of the French Revolution, her content veers wildly around.

AN EXPERIMENT IN LOVE is a story of anorexia, before it had a real name. It’s weird to see this girl who is at university wonder what’s wrong with her: you just want to scream: GO TO THE HEALTH CENTRE YOU OBVIOUSLY HAVE AN EATING DISORDER. The book ends with in a fire in the dormitory, which kills one of the heroine’s friends, and for some reason also cures her of her anorexia. It sounds climactic, and yet somehow it was mostly anti-climactic. I’ve never been so bored by a fire/murder.

So not one of my favourite of her weird array of novels. Though sometimes you see the Mantel gold shining through; as this, on her miserable childhood, which I’ll leave you with:

Perhaps I should regret my misspent youth, pity myself for having so little fun. But carpe diem is an empty sentiment, now that we all live so long.

JERUSALEM THE GOLDEN by Margaret Drabble 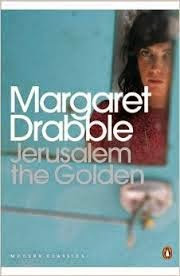 This book tells the story of a young woman named Clara who escapes her grim Northern upbringing by getting a scholarship to go to University in London. It never ceases to amaze me how many of these novels there are – about people whose lives are changed by scholarships - all of them of course written by people who really did have their lives changed by scholarships. It makes me wonder how many great authors have been lost to the world through a lack of funding. Many, I suppose.

Clara’s own family is distant and joyless. Her father dies, and we are told: “Mr Maugham had provided for his family with a thoroughness that bordered upon the reckless – in so far as a man may squander upon insurance, he had done so.”

In London, Clara finds a friend named Clelia (not a typo) at a poetry reading. She is entranced:

She liked the cosy way they all seemed to assume that the evening was a wash-out, inevitably, and that he whole job of writing and reading poetry was somehow fundamentally ill-conceived. And yet, at the same time, they wanted to think they had done it well The mixture of general cynicism and personal vanity was peculiarly appealing . .

Margaret Drabble was an actress for a time, and you can entirely tell. This is a painfully accurate description of many a night I’ve spent in small theatres.

She falls in love with Clelia, and Clelia’s wealthy family, and more specifically with Clelia’s married brother. It’s more a learning curve than a real romance, and ends predictably in half-hearted tears. No doubt this is most accurate, with many University romances being more about finding yourself than finding someone else; but still I found it all rather a let down. I’m sure there are better uses to be made of your scholarship.

SENSE AND SENSIBILITY by Jane Austen 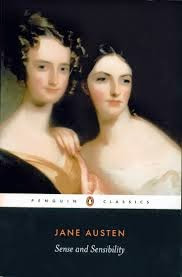 Oh go on then. One more time. What must this be? Seventh? Eighth? Really she’s such a fantastic writer. Hardly a wrong note. I’m actually losing my sense of humour about people who don’t agree.