MY BRILLIANT FRIEND, and THE STORY OF A NEW NAME and THOSE WHO LEAVE AND THOSE WHO STAY by Elena Ferrante 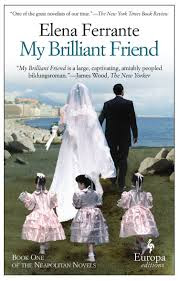 This is an absolutely fantastic series of three novels following a pair of female friends from their childhood in Naples through to their thirties. They grow up poor, in the 30s in Naples, and their lives take very different paths: one leaves school at 14, marries early, and divorces straight away; the other stays in school and becomes an author. Interestingly though it is the former that is the brilliant one, and her more successful friend feels permanently under her shadow.

It's hard to say what makes these novels so compelling. I didn't note down any particularly clever quotes, I can't remember any brilliant concepts; and yet I inhaled these books in a single week. They're so real that I feel as if I have friends from Naples; as if I can talk knowledgably about gender in pre-war Italy. There's one more book to complete the series, and I can't wait.
- August 23, 2015 No comments: Links to this post

THE END OF THE STORY by Lydia Davis 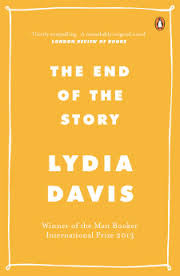 This book sounded like it might be good. First published in the 90s, it has recently been re-published, and re-publishing always suggests good things. I hesitated, however, and I should have hesitated some more. The summary told me that there was an unnamed narrator - BEE BAH BEE BAH - warning sign! Another major warning sign: It's a novel about someone (unnamed) try to write a novel BEE BAH BEE BAH! The novel is about the end of her last relationship, which was, in the way of all tortured modern novels, naturally tortured.

I can't quite summarise quite everything that annoyed me about this book, but in brief:
a) Narrator unnamed
b) Feelings about last boyfriend complex. So complex (ie. negative) are her feelings that after a while you wonder why she's bothering to write a novel about him
c) Writing simple. I didn't think this was possible, but apparently you can strip your writing down so far that all that it becomes irritating 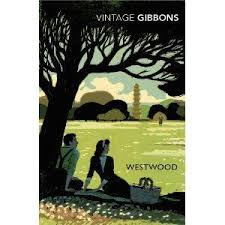 The novel is set in London at the tail end of the second world war, and captures the feel of the city at that time quite remarkably:

The fire-fighting people had made deep pools with walls round them in many of the streets. and here, in the heart of London, ducks came to live on these lakes that reflected the tall yellow ruins and the blue sky. Pink willow-herb grew over the white uneven ground where houses had stood, and there were acres of ground covered with deserted, shattered houses whose windows were filled torn black paper. . . And the country was beginning to run back to London; back into those grimy villages linked by featureless road from which it had never quite vanished, and which make up the largest city in the world. Weeds grey in the City itself; a hawk was seen hovering over the ruins of the Temple, and foxes raided the chicken roosts in the gardens of houses near Hampstead Heath.

The central character is Margaret, a young teacher, and the story is largely about her obsession with the home and family of a famous playwright, Mr Challis, who happens to live near her in Hampstead. On the one hand, this obsession is about a hankering for beauty/meaning/etc; on the other, to a modern reader in any case, it appears to be a weird fascination with the upper classes. Margaret attempts to insert herself into their lives by 'helping' the nanny with the children - basically becoming an unpaid nanny herself - which everyone seems to view as extremely normal. She is 'allowed' to have tea with the servant as a great favour, while doing lots of manual labour for free; and she is happy about it. Here she is with the playwright:

"Please forgive me for saying it, but I do want you to know that this is the greatest moment of my life."
"Thank you, my child," replied Mr Challis, promptly and with grace.

Mr Challis meanwhile is secretly trying to have an affair with Margaret's very pretty friend Hilda, who he met during a blackout. Hilda however is not interested:

Unlike the working-girl of fifty years ago, whose desire for luxury and comfort was often the cause of her downfall, Hilda was not tempted by luxury. She had as part of her everyday life the cosmetics, clothes and amusements which fifty years ago had been reserved for ladies or unfortunates, and to which poor chaste girls could never hope to aspire to . . .

See what I mean about this being a difficult book for a modern reader?

In an odd twist, Margaret starts looking after the developmentally disabled child of her father's colleague, and for a while it looks like the novel might resolve into a traditional romance; but this ends in a doorstep kiss, never repeated. Eventually Margaret discovers Mr Challis' plans for Hilda, which ends her desire for him, but does not stop her desire for some larger and more beautiful life; and that's where we leave her: still as lost as she was at the beginning, still yearning, though she's not sure for what. So it's a very strange book over all, hard to categorise; apparently at first a romance, or coming of age story, but in the end something larger and much more complex.
- August 02, 2015 No comments: Links to this post