YEAR OF WONDERS by Geraldine Brooks 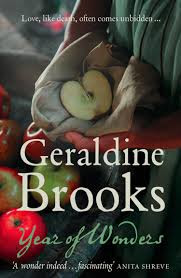 This book is based on the true story of a tiny Derbyshire village that was stricken with the plague. Rather than flee, the villagers decided to quarantine themselves, to avoid infecting neighbouring communities. They succeeded in saving their neighbours, but about two-thirds of the village died. In short, it's kind of an apocalypse novel. And I love a good apocalypse novel. It's chock full of terrible moral questions, which is of course the best part of the apocalypse (at least in fiction. In real life, the best bit will be still being alive).

Early on the villagers make the brilliant plan of killing the only people in the village with any kind of medical knowledge - the female herabists (aka, witches). You then begin to feel really grateful for modern medicine, as the villagers try and cure themselves by randomly eating various bits of leaves and bushes in the hopes that something will work. Big props to the Enlightenment, you guys. And big props also to Fleming, for the invention of antibiotics, which is still the only cure for the plague.

I enjoyed this book very much. However I struggled as I did with Brooks' MARCH that it works more as an interesting collation of research than exactly as a novel. There's a also a bit of challenge in how contemporary the characters feel. They are all busy enjoying roses and whatever, but I am quite sure that in reality the inner life of people of the seventeenth century was more along the lines of "it mislikes me not when the devil does be upon the bacon" or whatever: inscrutable historical weirdness. 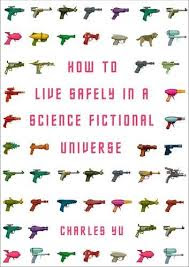 This book is about a time travel machine repair man. I thought for sure I would like it. But I should have been warned by the fact that the protagonist's name is Charles Yu, the same as the author's. This kind of thing is always a RED ALERT that you are going to have a clever-clever novel. And indeed it is CLEVER-CLEVER. There is all sorts of pretty predictable stuff about selfhood and blah blah can I read a book before I have written it and blah blah. I had to give up part way through.
- November 14, 2015 No comments: Links to this post 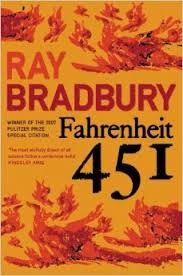 This book feels kind of imitative. Perhaps this is because it sparked a lot of imitators, and I read these imitators before the original. It tells of a dystopian future society where the populace is kept entranced by television (all four walls of the rooms), by fast cars, etc. Books and thought are basically planned, and the public don't feel their loss very much. Cue joke about today.

Ray Bradbury had a long life, and in the Forward he reflects on the book FIFTY YEARS after he wrote it. Apparently he finished it off in nine days in some kind of typewriter room in the local YMCA. Imagine living so long that you wrote a major book half a century ago? It gives me hope I've still got time. For what, I'm not quite sure.

MEMOIRS OF A GEISHA by Arthur Golden 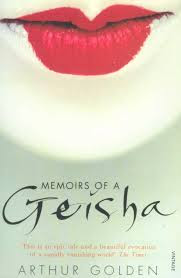 I'm afraid I couldn't get past the first few chapters. I don't know why people love this book so much. It just screamed: THE AUTHOR THINKS THIS IS SO EXOTIC. I hate that. He's just loving that it's JAPAN, and people are POOR, and oh god best of all they are SEX WORKERS WHO WEAR FACE PAINT. Snore.

Arthur Golden is a white American man writing about an Asian woman, so there will be a long line of people queuing up to complain that he's a cultural imperialist suppressing the voice of the Other, and etc etc. I'm tempted to Google it right now just to see how many million hits I get on the novel title + 'orientalist'. I am not one of these people. I think it's great when writers stretch beyond their own tiny experience to write the world; but good god you've got to do it well - and MEMOIRS OF A GEISHA: well, it's not so good. Not in my experience anyway, but then it did spend two years on the New York Times bestseller list, so what do I know. (Actually I just googled to find out how long it was on the list, and guess what: the author is part of the family that owns the New York Times. No wonder he finds it deeply exotic that someone might be poor).