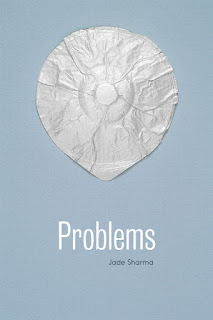 This is the hilarious story of one woman’s descent into heroin addiction and prostitution. This was easily one of the funniest books I read this year, though I’m not quite sure how, as in addition to the drug problem and sex work she also has an eating disorder and an alcoholic husband who leaves her. It’s partly that the book is so well observed. Take this – I feel like I’ve met this man a million times:

He was one of those old, gross men who went through life trying to muster the courage to commit to sexually harassing someone instead of just being a slimy perv.

Or this, on big city living:

NYC is like high school: trends, being judgemental, and how impressive it is when you find out someone has a car – Really? You have a car!

When you’re a fat girl and you make an effort with your clothes and hair, it’s like “Why bother, you’re still fat.” Like you’re saying to the world you’re content with being fat. But if you just throw on sweatpants, you are this fat girl walking around in sweatpants. Have some self-respect. You can’t win.

On Valentine’s Day I sat across from Peter in a restaurant on the Upper East Side. Candlelight flickered, my man wore a tie, and I felt empty. At some point you realise you aren’t waiting anymore for your life to start. Your life’s happening right now, and it’s pretty dull.

It’s also the laconic contemporary voice, which reads just like someone speaking to you. This hyper casual, hyper real tone is very difficult to do I think:

I regularly told people my father was white. Not because of some deep seated issue with being Indian, but because I didn’t know much about Indian culture, and I felt more American than anything else. I lied because it felt true. I said it to get off the hook for answering questions about why cows are sacred or whatever

For all the hilarity, it is of course also a sad book. Early on, we learn that the protagonist is having an affair with an older man. It’s hilariously dysfunctional. Here they are on an awkward taxi ride:

There was something about a man not caring if he ever saw me again that made me want to suck his cock.

But it’s less funny later, when she says:

But girls know it’s really not that big of a deal to give head, get fucked or have a guy come on your face. As a girl, you’ve probably been pressured into fucking at least once, and probably pity-fucked some loser once, and over time you’ve done enough stuff that you really didn’t feel like doing that eventually it doesn’t seem like that big of a deal

This is not my experience, but I hear it is for a lot of women. Sad when sex work is not such a stretch.

I highly recommend this book. My computer ran out of battery on a flight, and I hadn’t thought through the fact that I couldn’t recharge in Casablanca on my layover as I didn’t have an adapter, so I was somewhat stressed out, as I had a lot to do. I started this book instead, and was done by the time I landed in London, and in a much happier mood.