CASTING OFF by Elizabeth Jane Howard 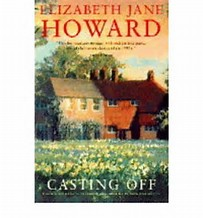 This is the fourth of five novels written about an English family during the second world war.  It gives the strange thrill of time travel, because it was written by a woman who was an adult during the war, and so can remember it well, but who only wrote about it fifty years later.  It thus combines detailed historical record with a modern sensibility; it bursts with period detail but also with lesbians, abortions, and urine.  I've never felt so much like I was actually getting chance to know what the past was 'really' like.

The cast is huge and covers multiple years.  It's a remarkable feat of imagination and detail.  At the end, when a character mentions a childhood prank, I felt myself tearing up, as if it was my childhood; in fact it was only about two thousand pages previously.  I sped through these books at disgusting speed.  It was like I  was mainlining plot.

I had assumed in reading it that it must be in some part autobiographical. The characters are so specific and eccentric, that I felt it could only be drawn from life.  I learn from Google that indeed it is largely based on the author's family.  A central character is married at 19 to a man of 32, just as the author was.  Unsurprisingly, this did not work out (though bizarrely her real life husband was the son of Scott of the Antartic, whose journals I read just before this - it's a small world among the wealthy British).

I learnt a great many things from these books about the middle years of this century, including that people had abortions without making a big deal about it; that women entered the workforce in huge numbers; that most girls didn't expect to enjoy sex; that the war meant most homes were very cold and that powdered eggs are a thing.

The patriarchy and sound commercial judgement mean these novels are packaged like some kind of particularly twee and mumsy chick lit (just like Ferrante's Neapolitan trilogy), but don't let that put you off - these are wonderful books.
- October 22, 2017

THE COST OF LIVING by Deborah Levy

Some people turn to drink to get them through their divorce.  Deborah Levy turns to notable literary feminists.  The result is a sad and t... 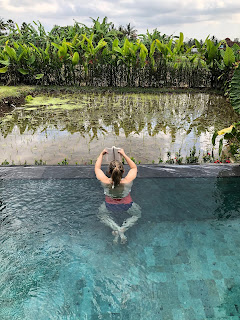